Athletes Often Suffer From The Dangerous Disorder Sleep Apnea, Which Is Treatable With A Dental Appliance 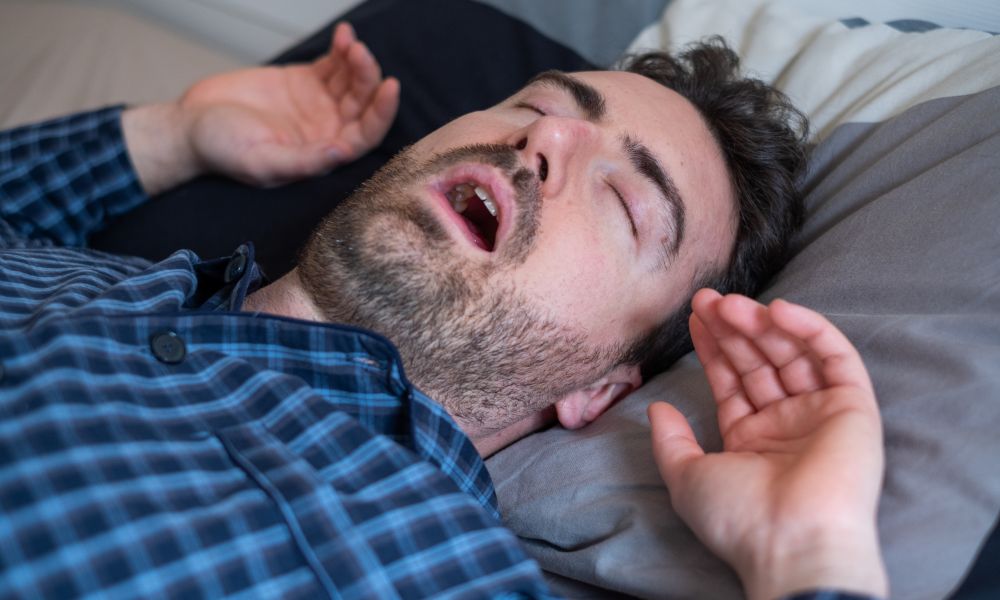 Sleep apnea has been receiving more news coverage as awareness has increased that this is common and dangerous, even among professional athletes, who would seem to be in otherwise excellent physical condition.

An apnea is a short pause in breathing while sleeping, which deprives the body of oxygen and after this keeps happening, the brain sends a signal to wake up and breathe more deeply. Usually, the individual does not fully awaken, but in light sleep does start breathing again, unaware that his or her sleep has been disrupted, which has serious consequences.

In the morning, people who have sleep apnea often feel like they have cotton in their mouth from breathing through it all night to get more oxygen, or a sore throat or a morning migraine. They may be so tired from not having had a good night’s sleep that they endanger themselves and others when driving to work. In the office, they may find themselves nodding off even in meetings and having difficulty remembering things. The disorder also significantly raises the risk for high blood pressure, cardiovascular disease, diabetes, and Alzheimer’s.

The most common symptom is actually heavy and frequent snoring, but unless a partner says something, the individual is not aware they do this. But other common signs can include anxiety, depression, and irritability not related to life’s circumstances.

According to the Academy of Dental Sleep Medicine, tests show that 20% of the adult U.S. population has mild to severe Obstructive Sleep Apnea (OSA), by far the most common type, caused by a blockage of the throat’s airway (Central Sleep Apnea is a brain disorder that requires medication).

Middle-aged men who are obese are most at risk, but that would not seem to describe pro athletes. Yet

a number of famous ones have announced they have been diagnosed and treated for sleep apnea, including the NBA’s former superstar Shaquille O’Neill in May 2022. Though he retired in 2011, he has remained in shape, yet now he has to be hooked up to an oxygen machine every night, known as the CPAP system (Continuous Positive Airway Pressure). “Shaq” was warned that if he was not diligent about using this he could die.

Athletes and Professionals Affected by OSA

Others suffering from OSA include Houston Astros pitcher Josh James, who thought he was just feeling lazy; Ryan Jensen, a center for the National Football League’s Tampa Buccaneers, who began treatment in 2017 when he was with the Baltimore Ravens; and now-retired Percy Harvin, who was diagnosed in his second season with the NFL Minnesota Vikings in 2010.

Reggie White was a defensive end for 15 NFL seasons, the last in 2000 with the Carolina Panthers, after which he retired, holding a record at the time for the number of sacks. He died four years later, with sleep apnea believed to be part of the cause. His widow founded the Reggie White Sleep Disorders Research and Education Foundation.

So why would athletes who are big, but not obese, be afflicted with sleep apnea? The blockage can occur due to a large tongue that falls back when they lie on their backs. a big body a large, thick necks mean there is more muscle or fat in and around the air duct. A study of the NFL published in the New England Journal of Medicine found that the largest players, especially linemen, were at high risk of sleep apnea.

Unfortunately, CPAP has a high non-compliance rate because it is uncomfortable to wear an oxygen mask all night and sleep on the back. Many also have been found not to use it correctly.

It may come as a surprise that dentists can provide an effective and more comfortable alternative.  Wilshire Smile Studio’s dentists are experts in OSA because they have a great deal of training and experience in diagnosing other disorders of the mouth and jaw, such as oral cancer and TMJ Disorder (the temporomandibular joint which connects the lower to the upper jaw).

After giving a full dental exam and interviewing a patient about symptoms, it may become obvious that they would benefit from having an FDA-approved personalized oral appliance created that could be worn at night to keep the airway open.

“Proper and consistent flow of oxygen is vital and critical in our lives,” said Igal Elyassi, DDS, owner of Wilshire Smile Studio. “For athletes to perform at their best, physically and mentally, and for the longevity of their careers and lives, this issue needs to be emphasized. Sports organizations and training institutions, such as colleges and universities, need to educate their athletes about this issue. We recommend those that snore or men with neck size of 17 or more and 16 or more for women, regardless of their age, be tested for sleep apnea.”