If You Are Tired All The Time, You May Have Sleep Apnea And Your Dentist Can Help 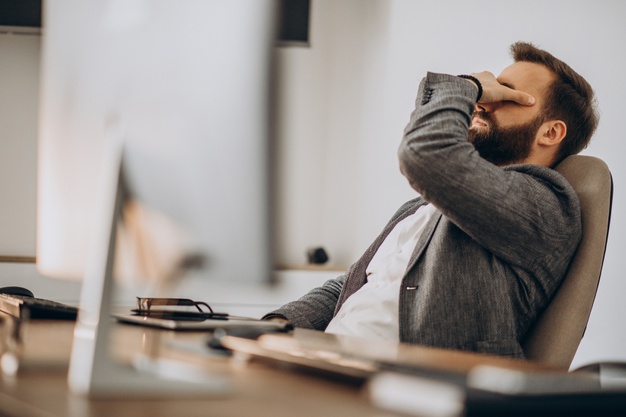 What does dentistry have to do with not getting enough sleep? The answer will surprise you.

According to the American Sleep Association, 92% of middle-aged men and 83% of same-aged women have some form of sleep apnea, which is a pause in breathing while sleeping that disrupts it up to hundreds of times a night, although the individual does not fully wake up.

The result is waking up not only feeling very tired, but finding it hard to pay attention while driving to work. The National Highway Traffic Safety Administration attributes 10,000 vehicle crashes and more than 1,500 deaths a year to sleep deprivation from all causes.

At work, someone who suffers from sleep apnea may suddenly fall asleep at their desk or in meetings, find it hard to focus on work, think clearly, or even remember ordinary things they really do know. This could result in a loss of a job.

It gets worse, according to WebMD:

The most common symptom of sleep apnea is frequent and loud snoring. This is particularly true if someone tends to sleep on their back and has a large tongue, tonsils, or mouth tissue that partially blocks the airway. This is known as Obstructive Sleep Apnea (OSA), the most common form, and can be controlled by a customized oral appliance that is worn at night to keep the airway open (the other type, Central Sleep Apnea, is a brain disorder that requires a medication and we can refer you to a physician for this).

Still not convinced? Other indicators that make it more likely you may have sleep apnea include frequent headaches (especially morning migraines), waking up choking or feeling there is cotton in your mouth (due to breathing through the mouth while sleeping), and frequent acid reflux. If you drink alcohol near bedtime or use sedatives, those can also raise the risk.

Call Wilshire Smile Studio today for an appointment to have an exam and discuss whether you might wake up refreshed by using the best oral appliance to control sleep apnea.